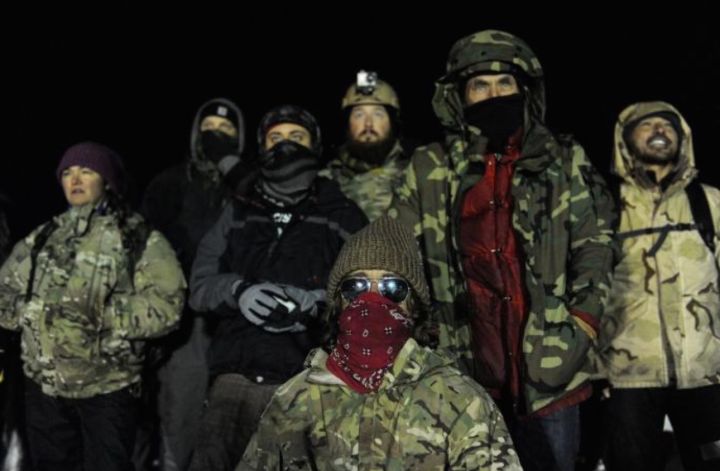 2000 U.S. veterans arrive in Standing Rock. Matthew Crane, a 32-year-old Navy veteran who arrived three days ago, said the veterans joining the protest were “standing on the shoulders of Martin Luther King Jr and Gandhi” with the their plans to shield protesters. “I bought a one-way ticket,” he told Reuters as he worked to […]

As you prepare yourself for whatever Mayday activities you have planned, please keep in mind some of the recent adcon news. This will allow you to focus.

First on my list has to be a story regarding CUNY adjuncts being excluded from an important PSC vote.

The Professional Staff Congress, PSC, is the AFT (and AAUP) affiliated union representation thousands of faculty, full-and-part time, at City University of New York’s multiple sites. In the case at hand, at least some adjuncts objected to the exclusion, finding it “surreal” “grotesque” and “a disgrace.”

In response, PSC’s President, Barbara Bowen, called the report in which these disappointments appeared, “very irresponsible.”

Very emotional. Please read. It may ramp up your energy, which you will need on Mayday, because after all, you’re teaching four or five or whatever courses, at the end of the semester, at a couple or three campuses, and you have a gigantic stack of assignments that’s blocking the view of your neighbor’s trash-filled backyard (it’s also an adjunct household), and so-forth.

So you need some energy. Go ahead, admit it. It’s not a sign of weakness to admit you feel overwhelmed.

Need more energy Ok, how about abunch of stuff about cutting adjunct hours in, New Jersey, in Virginia (andhere), in Missouri, in New Hampshire, in Taiwan…

Ok, back in the U.S. there’s more on adjuncts being newly and more harshly hours-capped, at St. Joseph’s University in Philadelphia.

Oh, look at that! That’s St. Joseph’s article is in The Hawk, the student newspaper.

I think, by the way, that full-time higher education journalists have done us some favors this week, not only by getting at the PSC-CUNY fracas above, but also by featuring some solid faculty vs. MOOC news, in an article by Ry Rivard, “Duke Faculty Says No,” in Inside Higher Ed, and “Saying No to MOOCs, at Least for Now,” bySteve Kolowich, in Chronicle of Higher Education.

That last article begins “The faculty of Duke University’s undergraduate college drew a line in the sand last week on online education,” which is pretty good, though I’d prefer to see a line like that in concrete.

I think that’s excellent higher ed journalism, and all the more so in light what we’ve had to deal with this morning in the New York Times. That would be Tamar Lewin’s front-page article, “Colleges Adapt Online Courses to Ease Burden for Students,” which begins with the following Tom-Friediqulous flourish:

Dazzled by the potential of free online college classes, educators are now turning to the gritty task of harnessing online materials to meet the toughest challenges in American higher education: giving more students access to college, and helping them graduate on time.

Dazzled educators: I’ve been waiting for somebody to really nail-by-naming the problem, and maybe this is it.

They’re dazzled. They can’t help themselves. They’re been shocked and awed. They can’t handle the real problem of higher education, which is the fact that the center of it—a confident and empowered faculty—has been shrunk down to about the size of Grover Norquist’s budget baby—nicely considered in this old Mother Jones column by Monika Bauerlein andClara Jeffery

Perhaps you will recall, this shrunken state is the one that will allow Grover to “rag it into the bathroom and drown it in the bathtub.”

In higher education, friends, that our baby that’s drowning—that is being drowned—but what ends up in front of most serious eyeballs this morning is dazzle-powder presented as serious medicine, provided and promoted by private corporations and pablum-peddling, turbo-philanthropic foundations.

Dazzle-ed: it’s all in the name of meeting tough challenges so that more students can access college graduate on time and get good jobs.

Technical term for this? Bullshit.